This is a dedicated article regarding the specific Scheduler Rule Type.
More information about the Scheduler feature can be found here.

LUCY allows you to schedule a campaign. The Yearly Campaign Rule Type mechanism provides a possibility to build an intelligent phishing campaign, testing user awareness in different scenarios over a year. The campaign can be set up once and never be stopped. The only concern would be adding the recipients to an existing group. New recipients will be automatically added to the plan starting next month. This might help to keep the security awareness of the organization at a high level and to determine the level of security knowledge among the fresh new co-workers.

The Yearly Campaign feature can be found in the section: 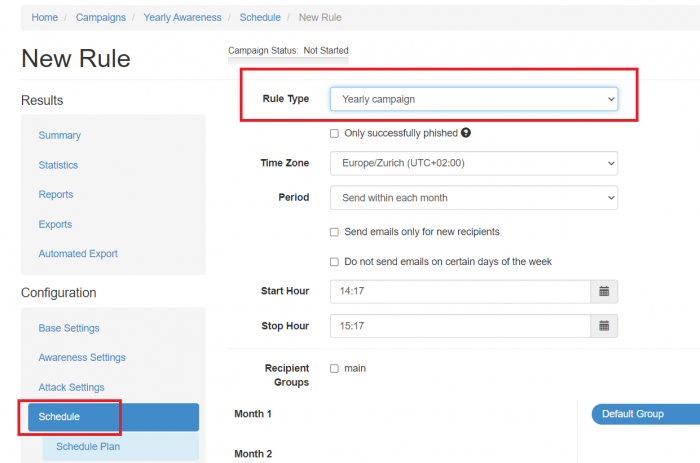 The Rule Type is available for both Phishing Scenarios with included Training and Only Awareness Campaigns. 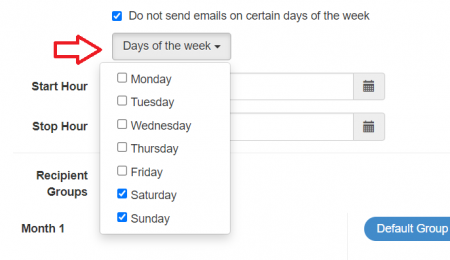 The configuration of the running scenarios per month is provided by the Drag&Drop interface after the main settings. 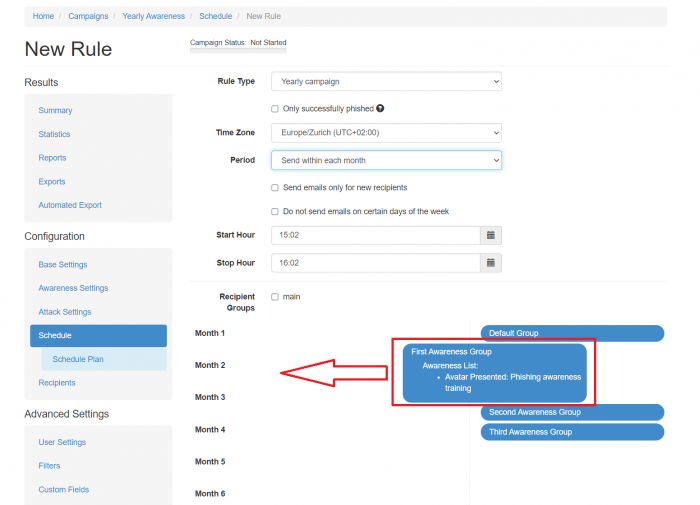 If an attack scenario is selected, there's a possibility to select an awareness scenario that should be sent in case of the recipient gets phished by the selected attack scenario.

Once the configuration is confirmed, make sure to select the recipient group and press the Save button to create the Scheduler Rule. 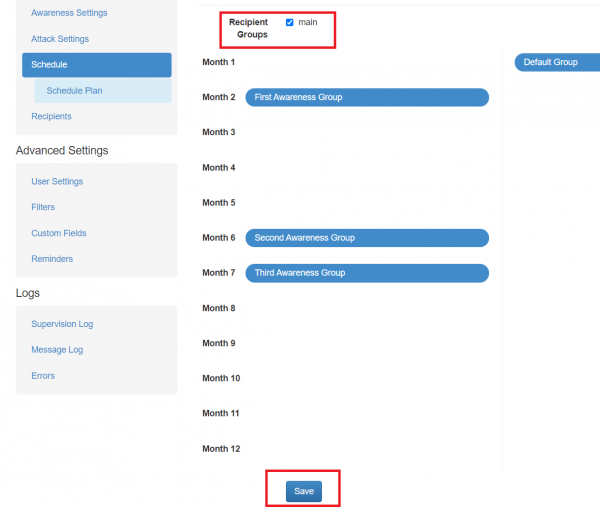 After that, the Scheduler Plan can be created and analyzed for this specific configuration. 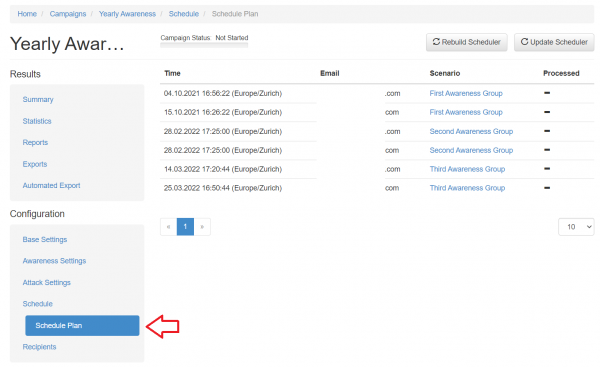