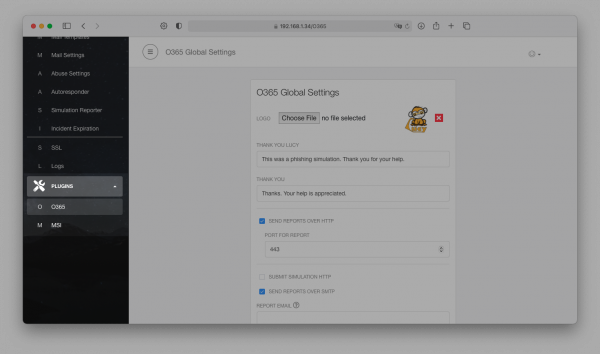 The O365 plugin is supporting the web-based Outlook Office365.

This add-in gives your users a safe way to forward suspected Emails with only one click and have them analyzed automatically by Screener. The tool empowers users to proactively participate in an organization’s security program and makes it easy for your employees to report any suspicious email they receive. It has two main features

a) Forward the mail (.msg or .eml) to a predefined mail address (e.g. your security team). Within the plugin, you have the ability to define a custom message that appears to the user after the mail gets reported. Once the message gets forwarded to your team, it will automatically be deleted from the user's inbox to prevent future exposure.
b) Report back to Screener: the plugin may forward suspected phishing emails as well Screener generated emails back to the Screener server via HTTPS or SMTP. If the mail was generated by LUCY, the reports will be automatically identified as phishing simulation. All other emails can be analyzed in Screener automatically at first, then by a Screener user.

The configuration of the O365 plugin and phishing events is done within Plugin → O365 Menu. 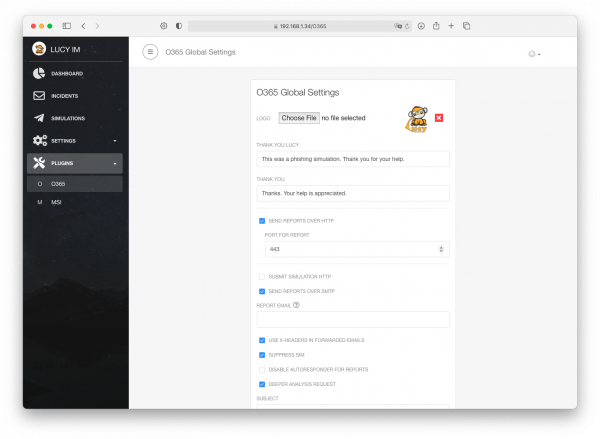 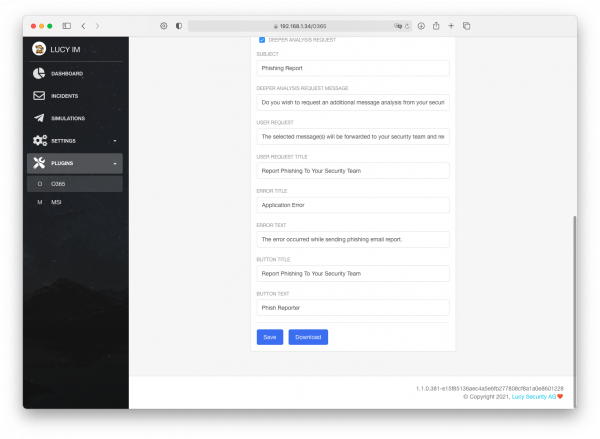 The Outlook 365 button works the same as the Outlook client – just for the web-based Outlook access 365. For its work, it is necessary to have a network connection between Screener and O365 server in case if you use a web browser as a client, and a network connection between Screener and user's workstation in case if a desktop client is used. The XML is the file that needs to be installed for O365:

Step 1
Go Plugins/O365, scroll down the settings and press "Download", your browser will download an XML file 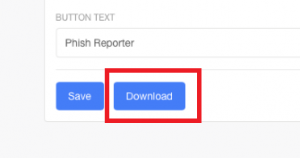 Step 2
Go to MS Outlook - https://outlook.live.com/owa/
Step 3
Open any email and press "Get Add-ins" as it described on the screenshot below 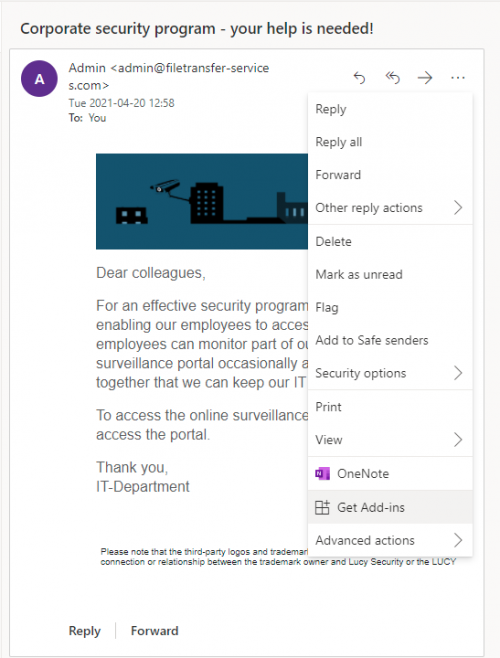 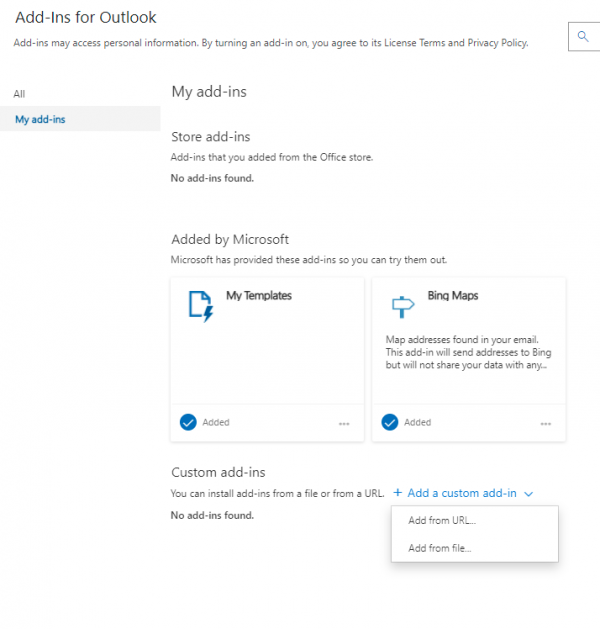 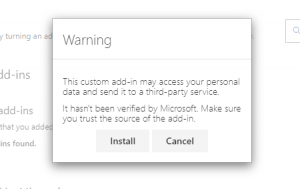 Step 6
Once installed, the Plugin will appear in the custom add-ins section 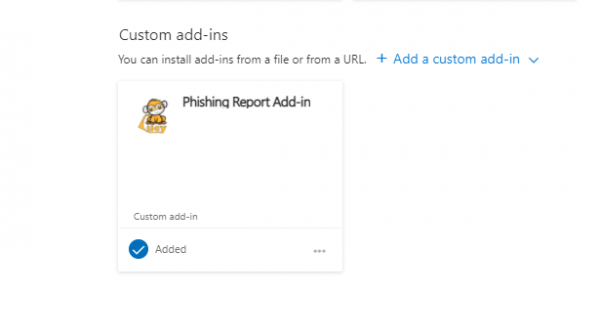 Step 7
Now in email panel, you will see the Plugin's icon, which is the Report Plugin 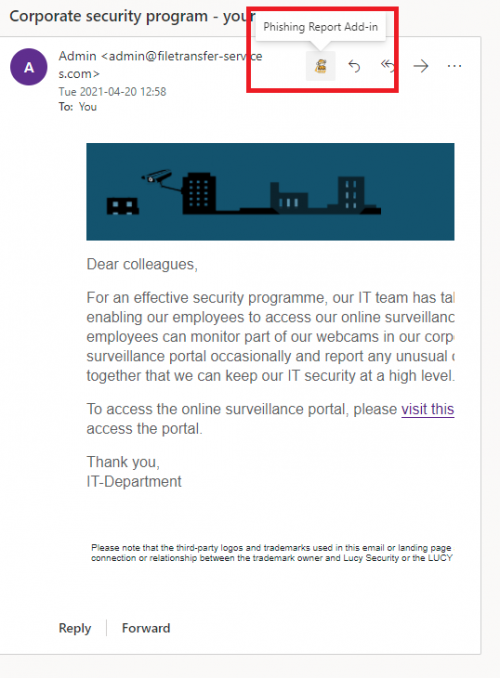 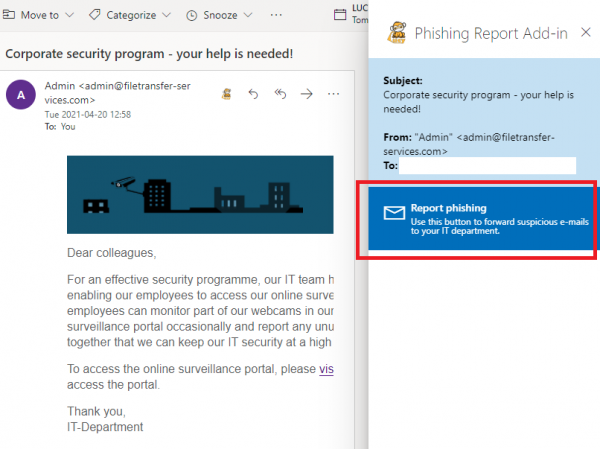 You can install the O365 plugin for multiple users in the Microsoft 365 admin center. Detailed instruction on how to do it is available on the Microsoft website:

The phishing plugin can be utilized in the O365 Mobile version both on Android and iOS platforms. In order to make the plugin available for mobile applications simply install the XML plugin as described in the according to the section above. After the plugin is deployed for the web version it will automatically appear in the Outlook mobile application. Feel free to contact the support team if any issues occur.
It is also possible to deploy O365 XML into Exchange with compatibility mode, the report button will be available for Android & iOS as well. 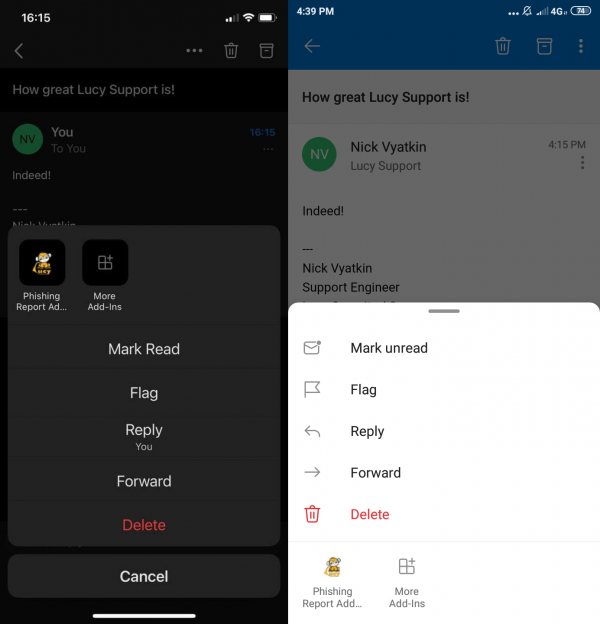 Microsoft has "Office for Mac" product, which requires the O365 account to run. When you open Outlook application on Mac, it fetches all plugins from the corresponding O365 account and shows them in the interface, so the plugin is available both in the web interface and on Mac. Therefore, you first need to install the plugin in O365 before you set it up on a MAC.

The installation procedure is the same as for O365 and described above. 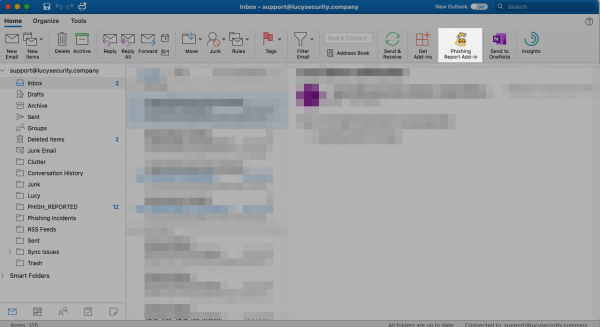