Within the campaign configuration menu you have a button called "custom fields". This allows you to add any custom field that can be used for statistical analysis later. Lets say you want to track how many users reported the phishing attack to the helpdesk. In this example you could create a custom field called "Help Desk: Phishing Mail reported". 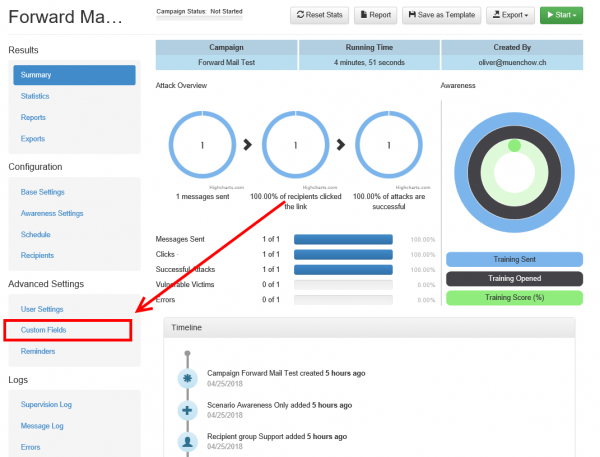 Once the campaign has started and you get feedback on users reporting the phishing attack you can go into the campaign statistics under "recipients" where you can select the recipient(s) who reported the phishing mail. The custom field(s) will appear there as a checkbox, which you can activate. This information can be alter used in the reports or CSV export.