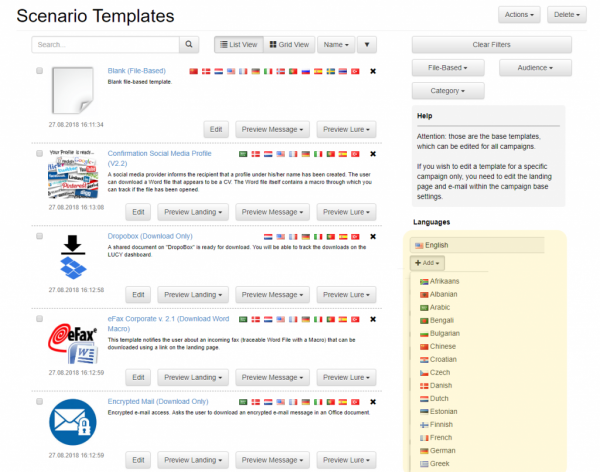 All new templates will be published in English first. They will then be translated into the following primary LUCY languages within a period of 6-8 weeks:

Secondary languages (languages that have a lower priority and therefore are translated only after 3-4 months) are:

Other languages can be done on request. Lucy offers the possibility to add a new language to each template within seconds: 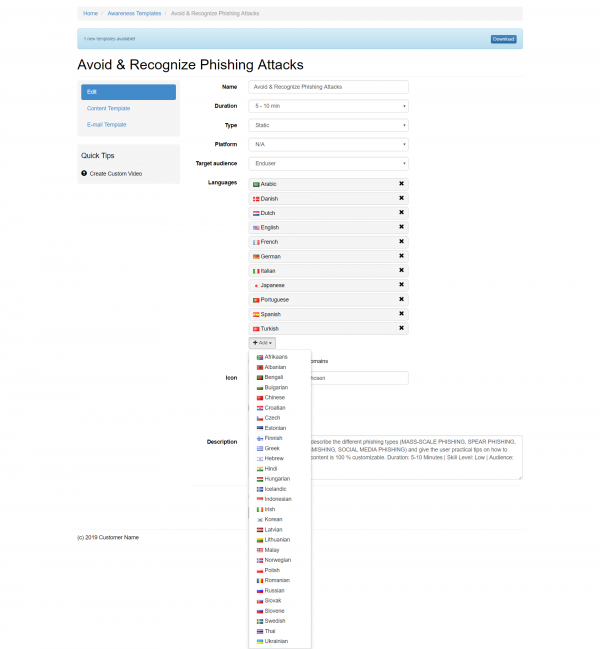 Step 1: upload a recipient group, where you have the correct language associated with each recipient. The language must be specified in English within the recipient list (if you want a recipient to get a German template, his language attribute must be "German" and NOT "Deutsch"). If you don't specify a language with the recipient, he will get the base language that was selected when adding a new scenario. 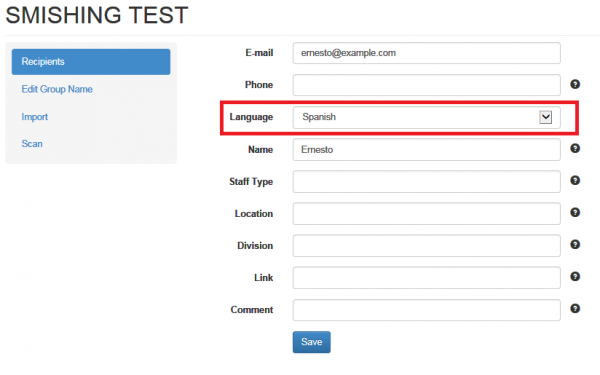 Step 2: When you create a new campaign and select a new scenario, LUCY will ask you which base language you want to use. You can only select one base language at this point:

Step 3: Within the scenario settings you now have the possibility to add further languages. Please select the additional languages for your scenario. 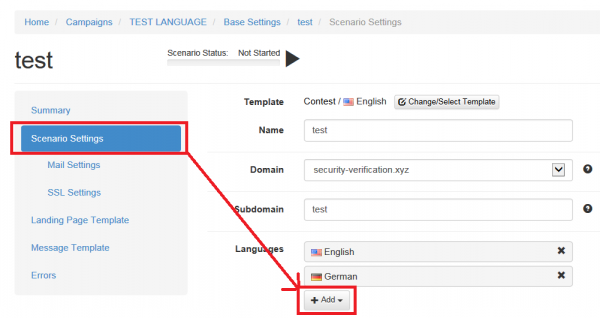 If you don't know the language of the user or allow the users to choose the language themselves, you can work with specific awareness templates. We have different examples within the awareness section that illustrates the technology: 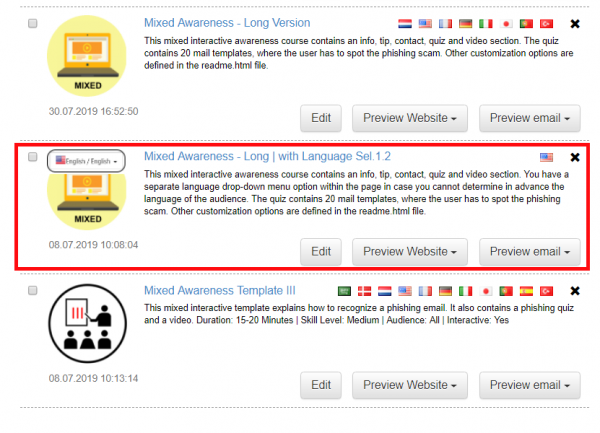 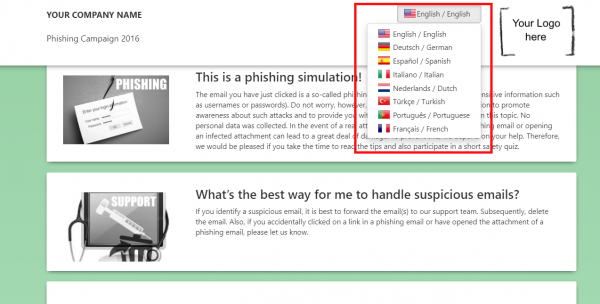 You can add more languages within the source code (1). Each text in a separate language needs its own div tag (example: <div translate="fr" for the french translation of the text): 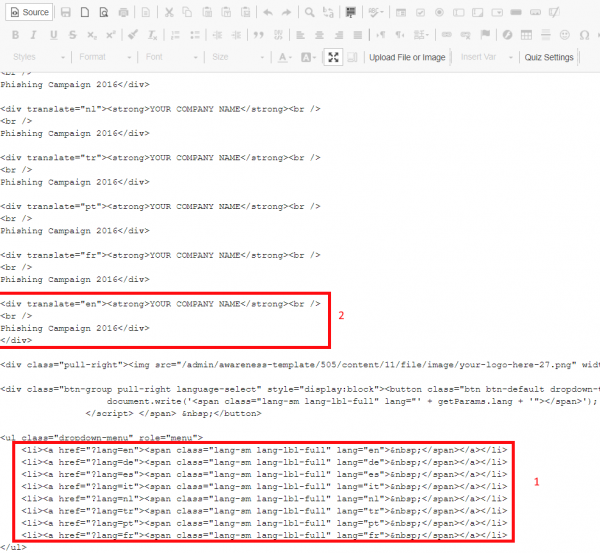 Next, please open the q0.html file and you can see the following strings there: 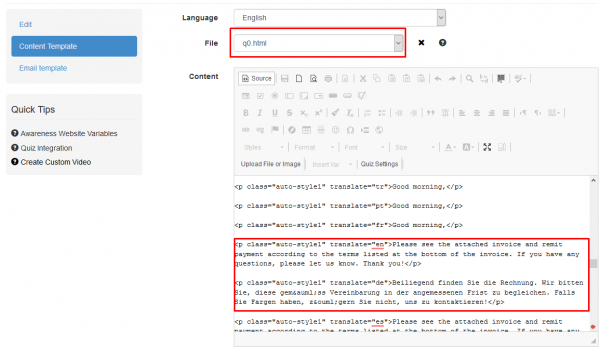 For the paragraph, the translate attribute is entered. If this attribute = "en" - English is implied, similarly for other languages.

Then please create and paste this code into the javascript (in any or separate js file): 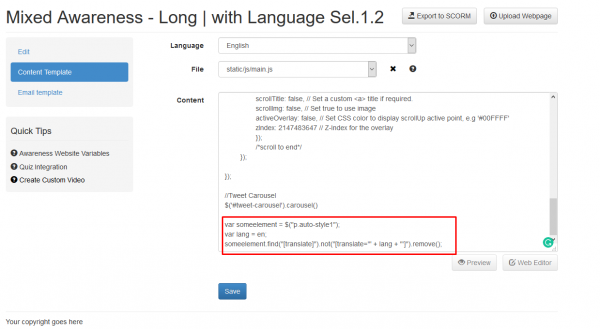 You can create other templates using the same technology. As an alternative, we can create a multi-language dropdown template from any existing template in LUCY. Please contact support@lucysecurity.com for pricing.