How to Start Your Test

Once you have finished configuring the campaign, you can simply press «START» and LUCY will start the website you've configured and send out the emails after a quick check. In LUCY > 3.0 there are 3 Options to start a Campaign: 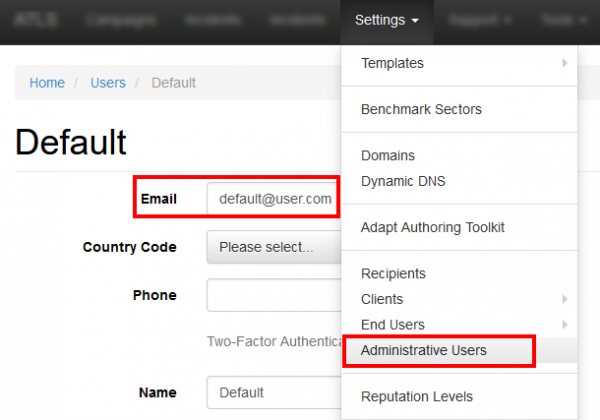 The statistics in the test run will not show accurate results. Only when you do a real attack the statistics will show the correct link clicks & success status.

How to edit a running campaign

If you want to edit a running campaign you can stop the campaign, do the changes and then press "START - REAL ATTACK". Do never press restart after editing a campaign. It will empty all results and re-send all emails. If you press STOP, the awareness or phishing website will not be reachable for the time the campaign is stopped. If you start the campaign again LUCY will resume the campaign and continue sending the mails from the point on where you stopped. All stats will remain the same. Please note that in LUCY > 3.3 you will be able to modify a campaign without stopping it.

CHECKS THAT CAN BE PERFORMED WHEN STARTING A CAMPAIGN

The checks that LUCY runs before starting the campaign are just to verify that the configuration works as expected. The test will run a few minutes - so be patient! 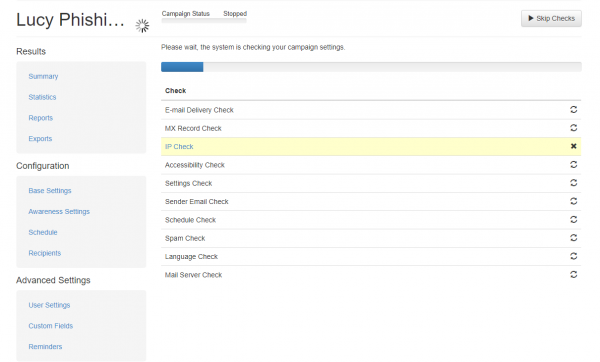 You should always do a test run with a few test users before starting a company-wide attack. LUCY will perform various tests (verify MX settings, lookup host from internet, send a test mail, etc.). During those tests, different connections to and from LUCY will be established. Examples:

Note: When you let LUCY test the settings, LUCY will make a connection to the internet. No data from your campaign settings will be transferred during those tests. If a test fails, you can click on the corresponding test to see the details: 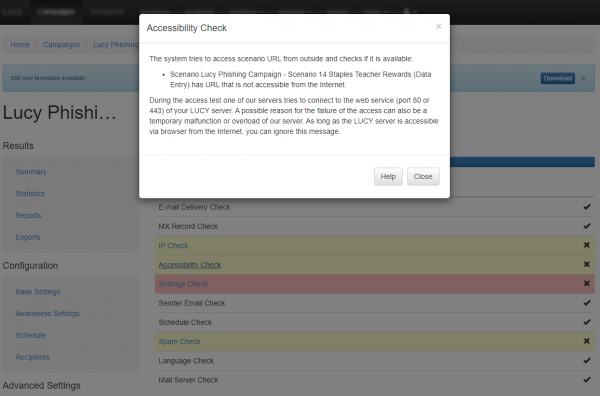 Even if tests fail, you will be able to start the campaign. Just press the "Start Anyway" button in such a case.